To share your memory on the wall of Anna Burn, sign in using one of the following options:

Provide comfort for the family by sending flowers or planting a tree in memory of Anna Burn.

Provide comfort for the family of Anna Burn with a meaningful gesture of sympathy.

Receive notifications about information and event scheduling for Anna 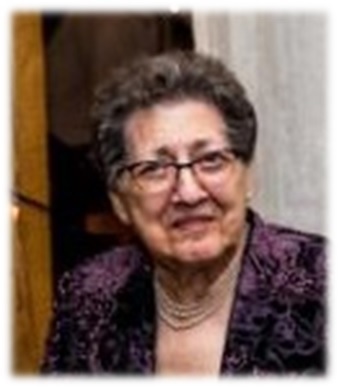 We encourage you to share any memorable photos or stories about Anna. All tributes placed on and purchased through this memorial website will remain on in perpetuity for generations.

Mr. Don, Donna, David, Doug and Darren
I was so saddened to hear about the passing of Ann. She was like an aunt to me, part of our family for over 50 years. She was a wonderful, caring and helpful person, you could always count on her to help out. She was always there with a meal or a homemade decorated cake for any occasion(my wedding cake). My condolences to all of you at this difficult time, but may all your memories sustain you through this time. Barbara Kinnin McClure
Comment | Share Posted Jan 19, 2020 at 04:28pm via Condolence
PP

Sorry we are unable to be with you during this difficult time, know that our thoughts are with all of you.
Love,
Richard & Patricia (Samek) Pezzano
Comment | Share Posted Jan 19, 2020 at 11:06am via Condolence