To share your memory on the wall of Cynthia Lyman, sign in using one of the following options:

Provide comfort for the family by sending flowers or planting a tree in memory of Cynthia Lyman.

Provide comfort for the family of Cynthia Lyman with a meaningful gesture of sympathy.

As a child, she was shy, and she stuttered. Over time, as as she gained confidence, she blossomed, becoming the very life of the party. She knew everyone and she was funny. Which helped her in her career as a bank teller. And for over fifty years, she and her neighbors, Tootie Desroaches, Mary Ivanisin, Shirley Pappas, Toni Kweder, and Laurie Flower, met once a month for Pot Luck Club.

She loved her Scottish heritage, antiquing, gardening, classical music, cross-stitching, our friends the Zagrubskis of Buckland, Mass., and the Connecticut Huskies women’s basketball team. She loved her cats and dogs, surely none more so than her final cat, Blossom, sometimes known as Kitty.

She was afraid of flying, but ignored it, and flew everywhere. Rome, Paris, London many times, California. Because of her bravery, she saw some of the great locations of the world and some of the great works of art. But she and her sister also had a terrifyingly close call on 9/11.

Aside from her parents, siblings, late husband, children, and friends, she loved so many others. She loved her granddaughter Jessica, Jessica’s husband Mark, and her great-grandsons Joshua and Justin; her son John’s partner Richard McClure; and her daughter’s husband Ed Dezabala and her granddaughter Hannah.

We are grateful for the excellent care our mother received at Armbrook Village in Westfield, Baystate Medical Center in Springfield, and finally at the Elaine Center in Hadley. We are also so grateful to Bill and Carol Berthold, of Enfield, who saved us when times were tough.

Cynthia Lyman was a real Oregon Trail woman and a wonderful, wonderful mother. Her children will think of her and miss her every day for the rest of our lives.

Receive notifications about information and event scheduling for Cynthia 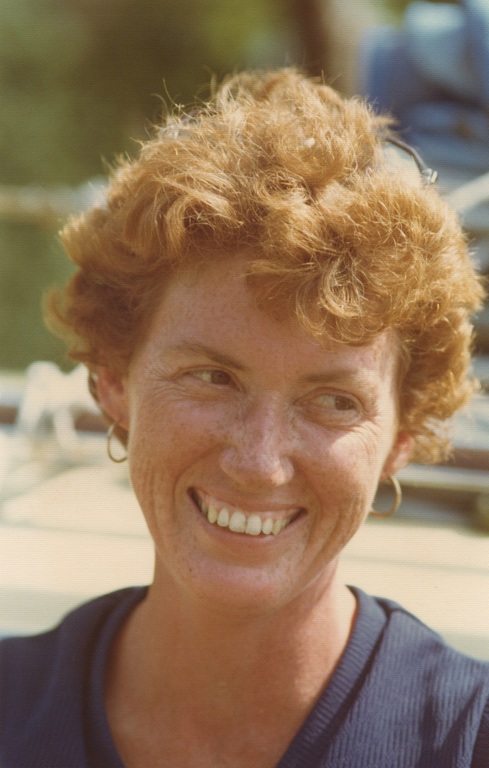 We encourage you to share any memorable photos or stories about Cynthia. All tributes placed on and purchased through this memorial website will remain on in perpetuity for generations.

Just learned today of the passing of Cynthia. We were close friends from 8th grade on, so you see, I have so many memories to fall back on. I am thinking of you all now and send my love and condolences. Love, Carol Emmons Sutherland
Comment | Share Posted May 27, 2020 at 11:26am via Condolence
ED

I am just hearing about your mom. I know it's not easy, to think that the pot lockers are all together does bring a smile to my face. She is with your Dad and happy. My thoughts and prayers are with you.
Comment | Share Posted May 22, 2020 at 07:42pm via Condolence
ED

We are so sorry for your loss. Cindy was a wonderful friend to my parents. They shared a lot of happy memories together. Our mom cherished the time she spent with her “ Potluckers”! They had such a special bond. And Cindy was always the “life of the party”! She had a wonderful sense of humor that we all enjoyed! She will surely be missed.

Beth,
So very sorry for your loss. I wish only love and comfort for you during this difficult time.
--Mike Bennett
÷÷÷÷÷÷÷÷÷÷÷÷÷÷÷÷÷÷÷÷÷÷÷÷
"But we do not want you to be uninformed, brothers, about those who are asleep, that you may not grieve as others do who have no hope. For since we believe that Jesus died and rose again, even so, through Jesus, God will bring with him those who have fallen asleep."
--1 Thessalonians 4:13-14
Comment | Share Posted Apr 17, 2020 at 03:07pm via Condolence
ED

We are thinking of you.