To share your memory on the wall of Donald Chase, sign in using one of the following options:

Provide comfort for the family of Donald Chase with a meaningful gesture of sympathy.

Donations are being accepted for:
Alzheimer's Association Enfield Senior Center

We encourage you to share your most beloved memories of Donald here, so that the family and other loved ones can always see it. You can upload cherished photographs, or share your favorite stories, and can even comment on those shared by others.

Posted May 17, 2020 at 09:29pm
I meet Mr Chase at evergreen when my mother was in rehab. Your father was a nice guy. Very pleasant to talk with. I privileged to have met him. Maybe he rest in peace.
Comment Share
Share via:
B

Posted May 12, 2020 at 05:22pm
To Karen, Kurt & Kenneth: My deepest condolence on loss of your dad. I knew your dad mostly through contacts with your Mom who worked with me in the EHS guidance office. The times I spent with your dad were always enjoyable. He always spoke highly of all of you. He was a gentleman and it was an honor to have known him.
Bruce Barmak
Comment Share
Share via:
BM

Posted May 09, 2020 at 11:13am
Some of my favorite photos of my Dad as a young child with his parents, their wedding day and honeymoon in the Poconos a family portrait of all of us from way back and the 2 of them at the beach on the Cape that they loved. They were both awesome parents and we had the best childhoods and wonderful memories! I take comfort now that my Dad is at peace and now back with Mom. Rest in sweet Peace now Daddy. I love you! 🙏🏻♥️🙏🏻
Comment Share
Share via: 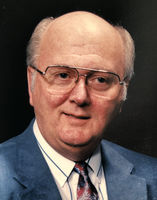 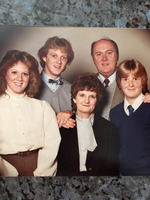 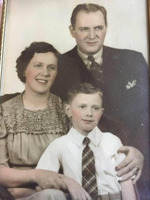 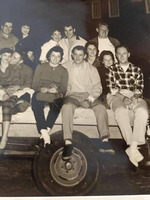