To share your memory on the wall of Elizabeth \"Betty\" Leete Esq., sign in using one of the following options:

Provide comfort for the family by sending flowers or planting a tree in memory of Elizabeth "Betty" Leete Esq.

Provide comfort for the family by sending flowers or planting a tree in memory of Elizabeth "Betty" Leete Esq.


Elizabeth (Betty) Baker Leete of West Hartford, CT, died on July 15. She was 86, having continued in active law practice until she was 84. Betty was born July 31, 1933, in Frankfort, Kentucky, the oldest child of Lisle Baker Jr.and Mary Elizabeth Turner Baker. The family moved to Louisville, Kentucky, when she was very young. At the age of six she was badly burned playing with matches and over the next five years underwent a series of operations that removed most, but not all of the scars. Following this trauma, the physicians informed Betty's family that she was not expected to advance beyond a fourth grade level. With her mother's encouragement, however, she became an avid reader and soon exceeded all expectations. When she was sixteen, Betty made her debut, went to lots of parties and learned how to make conversation with anyone on any subject, in the best southern tradition. Neither her burns (nor much else according to her family) stood in her way of her making a successful life.
She graduated from the Louisville Collegiate School for Girls, (where she later received the Distinguished Alumna Award), and Wellesley College where she was a Wellesley Scholar. Betty met her husband, Harmon Leete, on a blind date for the Yale Junior Prom. They married in 1955 and she worked in Boston for a public relations firm and the Christian Science Monitor before he joined the Navy and they moved to Virginia, where their first two children, Bill and Lisle, were born. When Harmon finished his tour of duty they moved to
Hartford and she was able to work for the Hartford Courant, thanks to a wonderful series of nannies from England and Germany. At that time there was a shopping column, supposedly written by 'Jacqueline', and she and two colleagues visited all the stores and wrote chatty ads about their wares. They started another column called "Dining with Jacqueline", and since many restaurateurs insisted that she and her husband come sample
their food to write well about it, they enjoyed dining experiences they could never have afforded at the time.

She was a member of the Junior League and was proud of producing a Connecticut History Filmstrip illustrated by children's drawings and photographs of Connecticut landmarks. After her two younger children, Russell and Virginia, began school, she attended the University of Connecticut Law School at 40 years of age, where she was known to knit in class. Betty was a member of the Law Review, graduated summa cum laude, and ranked first in her class all three years. During these years she recruited students at local universities as live-in helpers, and the family enjoyed the services of a succession of future artists, musicians, lawyers, psychologists, a doctor and a dentist. Following law school Betty clerked for Justice Alva Loiselle at the Connecticut Supreme Court, and during her clerkship had the honor of interviewing for a clerkship with Justice White of the United States Supreme Court. Betty then joined the firm of Ribicoff and Kotkin, later Louden, Byrne, Schectman, Slater and Rose. In 1980 she started a firm with Shelagh O'Neill and Gale Kosto which was at the time the largest all-woman firm in Connecticut; although later it was broadened to include Andrew Wizner and Eric Fleischmann. Betty limited her practice to Immigration Law in 1990 and served as Chair of the Connecticut Association of Immigration Lawyers. She was twice honored as the best Immigration lawyer in CT by her peers, mentored many lawyers and was sought after as a speaker. Betty retired from her firm in 2018, but continued to do occasional immigration work up until her death.
Betty was a zealous advocate for recycling and environmental concerns. Woe to the grandchild who failed to rinse and recycle while visiting grandma. She was active on various boards at the First Church of Christ, Congregational, West Hartford, and the South Park Inn, an organization which serves the homeless. She loved crossword and other puzzles, skiing, musicals, opera, travel, reading and being with friends. During her brief last illness, callers had to be prepared to offer her a good joke before the conversation could begin.
Betty was predeceased by her husband Harmon (2012), her son Lisle (2018) and her sister Mary Stuart Baker Kimmel. She is survived by her children: sons Bill Leete (Emily), Russell Leete, daughter Virginia Leete Beach (Charles) and daughter-in-law Lauri Leete, and her grandchildren: Christopher and Zachary Leete, Gus, Max and Ben Beach. She is also survived by two of her three siblings, Louise Seiler, of Louisville, Kentucky, and R. Lisle Baker, of Chestnut Hill, Massachusetts. Visitation hours are from 3-5 Saturday, July 18, 2020 at Leete-Stevens Enfield Chapels, 61 South Rd. Enfield. Social distancing and face coverings and are required for all visitors attending the wake. A memorial service is planned for 11 AM on Saturday, July 26 at First Church of Christ Congregational, 12 South Main St., West Hartford. Only 25% capacity is permitted, accordingly, please RSVP the Church using the following the link: https://bit.ly/LeeteService. Social distancing and face coverings are required for attendance.To Leave online condolences and to view the live-streamed service, please visit www.Leetestevens.com and visit Betty's obituary page which will have an available link at the beginning of her obituary Sat. July 25th at 11:00 a.m. In lieu of flowers, the family asks that donations be made to Ocean Conservancy, https://oceanconservancy.org/donate/honor-memorial-giving/
Read Less

Receive notifications about information and event scheduling for Elizabeth "Betty"

We encourage you to share your most beloved memories of Elizabeth "Betty" here, so that the family and other loved ones can always see it. You can upload cherished photographs, or share your favorite stories, and can even comment on those shared by others.

Posted Sep 10, 2020 at 12:20pm
I’m so sorry to have just learned of Betty’s passing. What a wonderful friend, classmate and human being! I always looked forward to her emails rounding up the class for reunions at the law school and it was such a treat to see her and visit with her, as it always had been.

Posted Aug 08, 2020 at 08:08am
Betty edited my first law review article, reducing its bulk by a third, if memory serves, and improving it more than that. Pfft went my notiongs that I was a clear, concise writer. It stung at the time, but I have ever since been grateful for the wake-up call. R.I.P.
Comment Share
Share via:
LT

Posted Jul 25, 2020 at 12:51pm
Betty, a friend with a helping hand when I needed it. Never to be forgotten. Lois Tanzer
Comment Share
Share via:
SF

Posted Jul 22, 2020 at 05:00pm
From the first night of law school when I was lucky enough to sit next to Betty, she was a force for good in my life. I never ceased to be awed by her intelligence, her energy, her sincere interest in people and ideas, her creativity, and her humor. I was honored to call myself her friend.
Comment Share
Share via:
RN

Posted Jul 20, 2020 at 08:05pm
I think I might have net your mother only one time. But I heard my husband , Raymond Norko, remark a number of times over the years , what a wonderful person
Betty Léete is—and others present always totally agreed. From her beautiful obituary, I have gotten such a lovely picture of this heartwarming soul my husband and others talked and smiled about.
When my husband passed last year, she typed me a thoughtful letter praising him , being in front of him as a new lawyer and not being able to go in front of defendants unrepresented. She talked further of his support for the down trodden and his accomplishments in his headway for them.
She said she was now retired but he would always be an inspiration to her. Well having read that touching piece about this special woman, I can see his smile about her, I am now the one inspired! Deepest sympathy to all of her family,
Rozana Norko 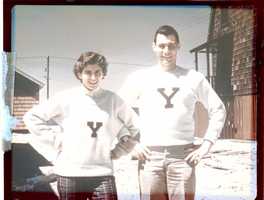 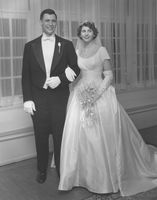