To share your memory on the wall of Frank Neves, sign in using one of the following options:

Provide comfort for the family by sending flowers or planting a tree in memory of Frank Neves.

Provide comfort for the family of Frank Neves with a meaningful gesture of sympathy.

He loved his wife

Pam and Frank’s life together is the stuff of novels. More than 42 years ago, he met a girl through music who would become the love of his life. While students at Enfield High School, a friendship grew through their mutual love of music, theater and chorus where they performed in plays and sang duets. With a little push from her sister Starla, the seeds of friendship budded into a teenage romance that would blossom for a lifetime. They even performed a duet of “Time in a Bottle” at their senior prom. Crazy about each other, she fed his soul with her beautiful voice and he kept beat with the cadence of hers through playing the drums. Many was the time when the two would spend an evening making their own music or jamming to songs on the record player.

Even months away on the road as a professional umpire couldn’t diminish their deep love and commitment to each other. He was her first thought in the morning and her last at night. Every day they made each other laugh. Every phone call ended with I love you. He was so grateful for the life they built together.

“If I had a box just for wishes and dreams that had never come true, the box would be empty except for the memory of how they were answered by you.”

When they stumbled upon their dream fixer-upper house, they found their touchstone. Frank loved the simpler moments that made up their life near Congamond Lake. Birdwatching from the front porch, a bonfire with friends, watching the Giants on Sunday with the Muraszka sisters, puttering with home improvement or settling in with his best girl to watch cartoons. He loved this home, warts and all. It brought him serenity. And it was there he spent his last day, peaceful, holding Pam’s hand.

“I’ll find you in the morning sun and when the night is new, I’ll be looking at the moon but I’ll be seeing you.”

Becoming an umpire was not just a vocation for Frank, it was a calling. Anyone who knew Frank knew of his passion, so deep it was part of his DNA. It started early when his father John coached and umpired baseball. His dad was full of pride when Frank became a professional umpire and his mom loved to watch the games and show her support. Frank learned his craft at Al Somers Umpire School in FL and started his professional career in the New York Penn minor league. From the Florida State League where he was selected for the Championship series to the Southern league and the Eastern League, it was a memorable 10 year journey. From there, he earned a spot as an NCAA Division I College Men’s Baseball umpire in the ACC, Atlantic 10, Big East, and other conferences across the country. He was rewarded with 2 NCAA Regional Championships, worked the Cape Cod league in summer and was especially pleased to work the dish at Fenway for the Beanpot Championship. As if that was not enough officiating for one man, he learned to referee football and worked at the high school and college levels. He took great pride in his 40+ years of experiences and accomplishments, spent a lifetime honing his skills and was arguably one of the best.


He loved his family and friends

Frank was born in Danbury CT to beloved parents, John and Bea, whose marriage was filled with love and was a wonderful example Pam and Frank were proud to emulate. Frank had a deep connection to his Portuguese and French Canadian roots and trips to Danbury were full of tradition.

Frank spent his formative years on Bess Road in Enfield, CT. The neighbors became extended families and those connections remained throughout his life. His best friends from high school were an integral part of his life and he loved to recount their many escapades. He embraced Pam’s lifelong friends like a brother. They shared an abundance of memories and joyfully called him “the mayor.” The friendships he forged with his brotherhood of officials were enduring. He loved hanging with the boys after a game for a liberal dose of storytelling, banter and cold libation. And Starla was his sister in every sense of the word. They challenged and championed each other. Late night calls to talk about life were common. They were a true yin and yang.

For all who met him, there was a friend to be made and a story to be told. From stories of childhood antics to countless bawdy one-liners, he delighted in making people laugh. A true force of nature and social butterfly, his larger than life presence filled a room.


He loved to dream

Frank was a fearless dreamer, a patented inventor of the Goggle Doctor and a self-taught businessman. The pinnacle of his dreams came fifteen years ago when hand in hand with Pam, they started AllSports East in their garage, a sports officials’ equipment and clothing shop. He chose this path as another lifeline to his passion. When the business grew successful, it moved to Enfield CT and Frank then built Seven Stitches, an embroidery and screen printing company. He dreamed big and never considered retirement for a moment.

Frank leaves behind his wife of 36 years, Pam (aka Penny), his sister Starla Muraszka and her wife Windi, his cherished Aunt (Ti) Hilda Neves Barrett, dear Aunt Helen Muraszka and the many family and friends who touched his life.

A celebration of Frank’s life will be planned for a later date when all who love him may gather safely to share stories, raise a glass, and celebrate a life well-lived. In lieu of flowers or donations, there is a more fitting tribute. On a fine summer day when the crack of the bat and the roar of the crowd resumes, please watch a baseball game, root for the umpire and think of Frankie. He would relish the thought.

Receive notifications about information and event scheduling for Frank 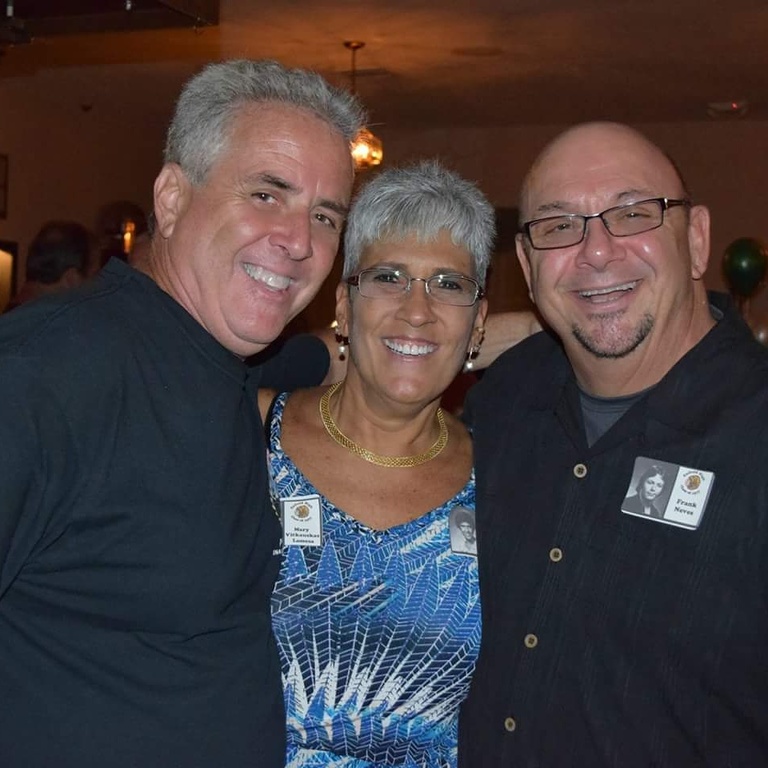 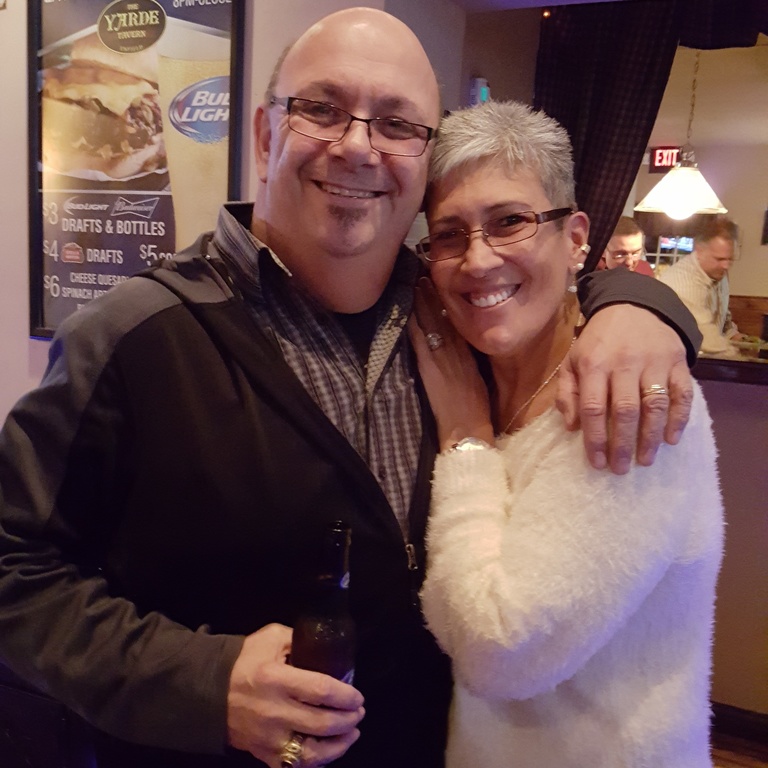 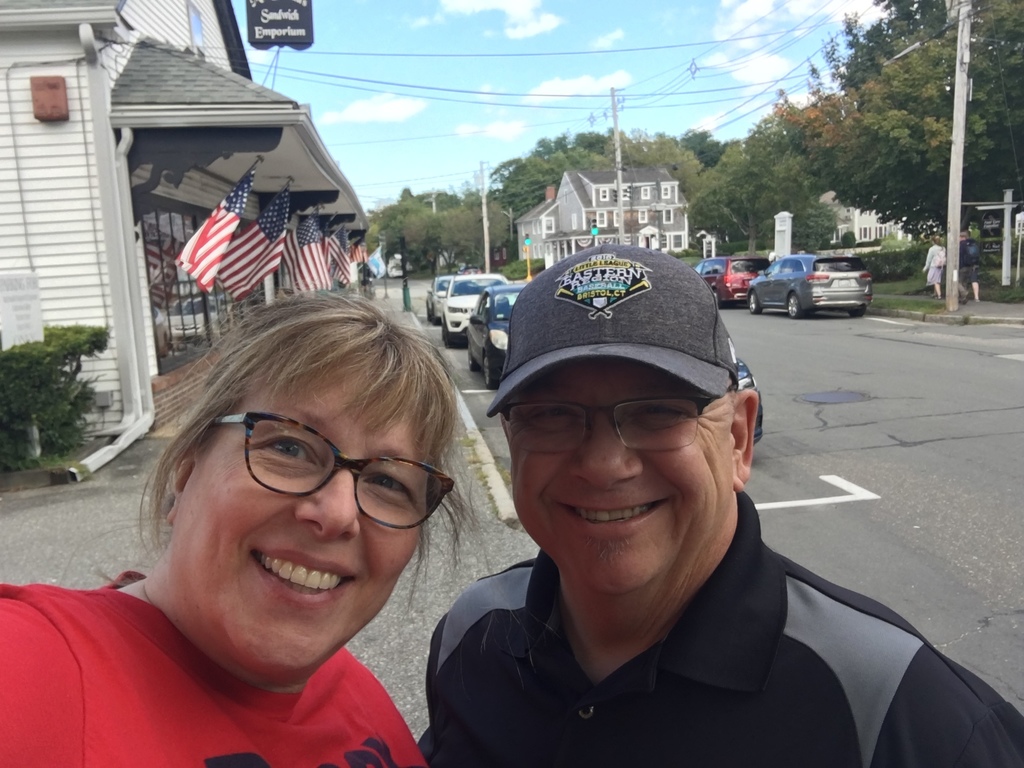 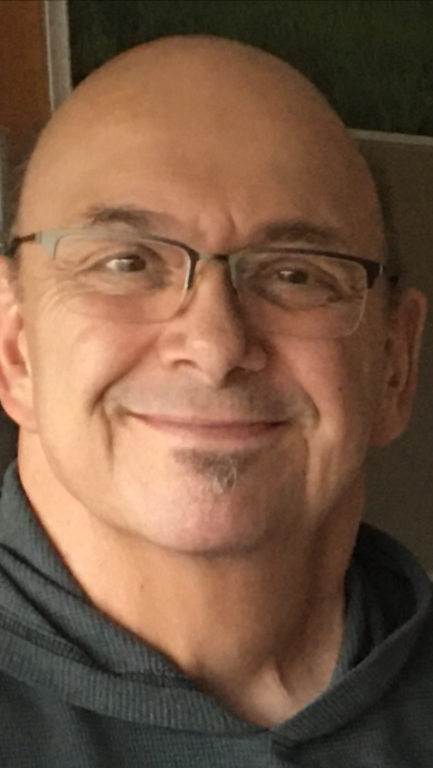 We encourage you to share any memorable photos or stories about Frank. All tributes placed on and purchased through this memorial website will remain on in perpetuity for generations.

We cannot really believe that our beloved Frank is gone. It is an aching tragedy for so many of us. We can all barely stand it. But we will endure and be strong for Penny. For she is the love of his life, his companion, his advocate, his champion, the principal audience of his endearing humor (albeit with an occasional groan) and the one who will feel his loss the most. We love you Frankie and Penny.
“A heart is not judged by how much you love; but by how much you are loved by others” ― L. Frank Baum

Thank you my friend for all your help and support in my umpiring career. I will always remember the show trips with you, me and Steve. Rest in Peace my friend.
Comment | Share Posted Oct 31, 2020 at 05:27pm via Condolence
RR

To Pam and all: I am so sorry to hear of Frank’s passing. My thoughts and prayers are with you, and my heart is warmed by many memories of Frank. He was a great man and was destined to live a great life with you.
Comment | Share Posted Oct 31, 2020 at 05:25pm via Condolence
M

On behalf of the Autorino family, I would like to extend our deepest sympathy on the loss of Frank. As many may know, my dad Mr A was very proud of Frank and talked about his memories of him in class singing and acting in his plays right up to the end. I am sure they are seeing each other now and putting on another fabulous show. Maybe Frank is wearing the pink tutu that he wore in South Pacific. Frank I will miss our correspondence and we were so lucky to have known you. With love Michelle Autorino
Comment | Share Posted Oct 31, 2020 at 03:16pm via Condolence
DJ