To share your memory on the wall of Freda Williams, sign in using one of the following options:

Provide comfort for the family of Freda Williams with a meaningful gesture of sympathy.

Leete Stevens Enfield Chapels & Crematory, in Enfield, CT, has been engaged to handle arrangements. Given current state restrictions on public gatherings, there will be no calling hours. Relatives and friends may drive by Freda's final resting place at the columbarium at St. Bernard's Cemetery on Saturday, April 11 at 11:30 am to pay their respects to the family from their vehicles for a safe and socially distanced greeting. All are encouraged to celebrate Freda's life at a memorial service that is planned for a later date.
Read Less

Receive notifications about information and event scheduling for Freda

We encourage you to share your most beloved memories of Freda here, so that the family and other loved ones can always see it. You can upload cherished photographs, or share your favorite stories, and can even comment on those shared by others. 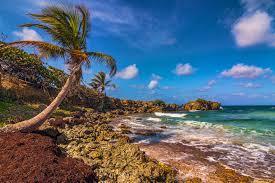