To share your memory on the wall of Frederick \"Fred\" Schmalz, sign in using one of the following options:

Receive notifications about information and event scheduling for Frederick "Fred"

The insignias listed here may be subject to copyright and/or trademarked. Those copyrights and trademarks are owned by the respective organizations.

We encourage you to share your most beloved memories of Frederick "Fred" here, so that the family and other loved ones can always see it. You can upload cherished photographs, or share your favorite stories, and can even comment on those shared by others.

Posted Jun 22, 2020 at 09:20am
Dear Schmalz Family:
Fred was more than a Friend and Brother Mason.
During the flood of 1984, he installed straps to route all our phone lines to our answering service. Something that couldn't be accomplished today.
We will miss our out to restaurant missions with Fred
Please accept our heartfelt condolences on the loss of your loved one.
Sincerely,
Paul and Lois Lodola
Comment Share
Share via:
WF

Fred was Joan's first cousin and they were very close throughout their lives. He certainly will be missed by our family. RIP, dear Fred,. Bill and Joan Fredericksen
RB

Posted Jun 21, 2020 at 08:23am
I have been involved with Fred and his wife Martha for over 40 years and I loved him as a man and as a brother in Masonry. So many memories- Because of the virus we could not visit but he has been and will be in our prayers forever.
I never heard Fred talk against anyone as long as i knew him- Fred was a good man and now will be reunited with his wife Martha. God speed brother. You were loved by so many!
Comment Share
Share via:
WF

Fred and Joan were cousins, and we spent lots of time together over the years. He will be missed so much by our family. Bill and Joan Fredericksen
PH

Posted Jun 19, 2020 at 04:34pm
RIP Fred you were a great friend to my mom and the senior center. I came to know you very well over the last year. My condolences to entire family
Comment Share
Share via:
MS

Posted Jun 19, 2020 at 01:39pm
We are so sorry for the loss of Fred. He was a wonderful man and will be missed. Our condolences to his family and friends. Maresa and Ken Slater and Temple Chapter #53.
Comment Share
Share via:
VK

My condolences to the family. Fred and Martha were such wonderful people. They helped so much at Wesley United Methodist Church and will never be forgotten. 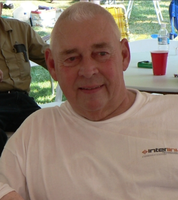 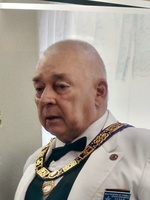