To share your memory on the wall of John Gudaitis, sign in using one of the following options:

We encourage you to share your most beloved memories of John here, so that the family and other loved ones can always see it. You can upload cherished photographs, or share your favorite stories, and can even comment on those shared by others.

Posted Jan 14, 2020 at 08:06pm
To Robert and Joan my condolences. Though John could be resolute and stubborn I always enjoyed his visits. I enjoyed his candor and his free spoken nature. So sorry for your loss. Michael Martin.
Comment Share
Share via:
AK

Posted Jan 09, 2020 at 12:04pm
Please accept our most heartfelt sympathies for your loss... Our thoughts are with you and your family during this difficult time.

Anne and Bruce Keller purchased flowers for the family of John Gudaitis.

Posted Jan 08, 2020 at 12:04pm
We are so very sorry for your loss. May the fond memories of John bring you comfort during this difficult time. Our Deepest Condolences.

Mike and Brandy McNabb purchased the Sentiments of Serenity Spray and planted a memorial tree for the family of John Gudaitis.

Posted Jan 08, 2020 at 08:34am
My dear friend, Joan … I'm so sorry for your loss and am thinking of you and your family during this difficult time. -- Stephanie.
Comment Share
Share via:
DG

Dustin Greene purchased flowers for the family of John Gudaitis. 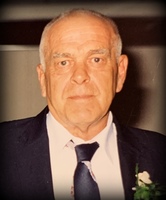 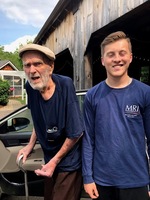 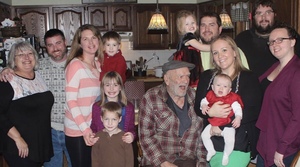 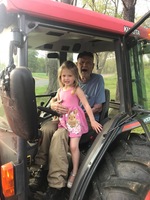