Obituary for John B. Peterson 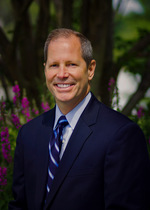 John B. Peterson died of congenital heart failure on Tuesday, December 8, 2020, at the age of 55.

John is survived by his wife, Ana Paula, his two sons, Jake and Luke, Jake’s partner, Danielle Murdock, his father Joel Peterson, his four siblings, Susan Peterson Fetter, Jay Peterson and his wife Marcy, Pete Peterson and his wife Theresa, and Scott Peterson and his wife Melissa, his seventeen nieces and nephews and their partners, his in-laws Abel and Maria Edite Carvalho, and his sister-in-law Idalia Carvalho. He was preceded in death by his mother, Joan Angela Blewitt.

John was born in Akron, OH, on March 1, 1965. At birth, he was diagnosed with the heart condition that would ultimately take his life. Doctors told his parents he wouldn’t live past 20. In true John-fashion, he beat their odds to celebrate 55 fantastic years, living each day to the fullest.

John met his wife, Ana Paula, by chance, in a train station in Genoa, Italy. After joining each others’ trips, John and Ana discovered they only lived 45 minutes away from each other. When they returned to the US, the two started a relationship that would last 35 years. In that time, there was nothing John loved more than telling their story.

John worked with Checkpoint Systems for over three decades, earning many awards and accolades in his tenure. But above the awards, John loved to be a mentor to countless coworkers, leaving a lasting mark on both the company and the industry as a whole.

John had an insatiable appetite for bettering himself. He was a first degree black belt in Aikijujutsu, a green belt in Kung-Fu, and also practiced Muay Thai Kickboxing. He started guitar lessons at 49. He sweated through years of hot yoga classes, attending two retreats in Costa Rica with his brother Pete. He took his sons to numerous classes, learning skills from speed reading to self-defense. Afterwards, he would always enjoy a meal from one of his many favorite restaurants.

John left a treasure trove of memories and lessons for his friends and family to reminisce and share. His endless optimism and love of life make it all too easy to celebrate John, and to strive to live every day the way he did.

A Mass of Christian Burial will take place on Wednesday, December 16, at 10 AM at Sacred Heart Church, 395 Chestnut St., Springfield, MA. Everyone is asked to meet directly at the church. MASKS AND SOCIAL DISTANCING ARE REQUIRED IN THE CHURCH. Burial will be held privately for the family. Leete-Stevens Enfield Chapels has care of arrangements.
In lieu of flowers, memorial donations can be made to the Connecticut Children’s Medical Center Foundation, Inc.
For online condolences, please visit www.leetestevens.com.