To share your memory on the wall of John Ricci Sr., sign in using one of the following options:

Provide comfort for the family by sending flowers or planting a tree in memory of John Ricci Sr.

Provide comfort for the family by sending flowers or planting a tree in memory of John Ricci Sr.

Receive notifications about information and event scheduling for John

Donations are being accepted for: Audubon Connecticut.

We encourage you to share your most beloved memories of John here, so that the family and other loved ones can always see it. You can upload cherished photographs, or share your favorite stories, and can even comment on those shared by others.

Diane and Ray Lord and Bilal Ezedine sent flowers to the family of John B. Ricci Sr.
Show you care by sending flowers

Posted Feb 13, 2020 at 11:26am
Hi I’m sooo sorry just found out about Dad. My condolences to the family my name is Stephen Long Toms long time friend. Loved him much my fondest memory was Dad cart wheeling at a cookout my family n I attended in Ellington right after he and Tom and I did shots he proceeded to do cartwheels needless to say it was hysterical. He’s one of a kind !!!!!
Comment Share
Share via:
DS

Posted Jan 21, 2020 at 08:29am
Jack and Dolores Swindle extend our condolences to Aunt Fran, Tommy, Frannie Gay, Jay and Debbie, and Michael and Jody and other family members. Uncle John is to me Dolores the last of my Ricci uncles. I remember Uncle John with fond memories. May the Lord give grace and mercy to Uncle John’s family and friends.
Comment Share
Share via:
S

Posted Jan 20, 2020 at 06:29pm
We were so blessed To have John and Fran Ricci as our neighbors in Manchester years ago. They demonstrated what it means to be a good neighbor. They took our little family under their wings when we moved into our home next door with our 14 month old son. We had no clue how to be home owners but they proved to be wonderful friends and role models, opening their hearts and offering their wise advice and help, if needed.
John’s faith was seen in the way he lived his life and I know that he now sees his loving God face to face to experience eternal peace.
It is with fond affection we say farewell to “Mr. John”, until we meet again.
Our prayers for comfort And consolation go to the entire Ricci family.
Love,
Susan and Tony Falcetta
Comment Share
Share via:
DM

Posted Jan 20, 2020 at 11:51am
We were very sad to hear about the passing of my Uncle John. We still cherish the wonderful memories of the Ricci family get togethers when we were young. Uncle John was always smiling and his easy going personality made him a pleasure to be around. Our thoughts and prayers are with the family; we are thinking about all of you and sorry we can't be there. Debbie and Jack McVeigh
Comment Share
Share via:
DL

Diane and Ray Lord purchased flowers and planted a memorial tree for the family of John Ricci Sr.. Send Flowers 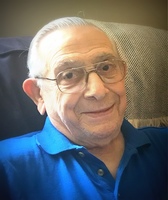