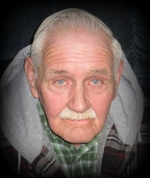 Melvin H. York, 77, of Enfield, passed away at home, Saturday, December 19, 2020. Born in East Baldwin, Maine, He was the son of the late Howard and Angie (Crawford) York. Mel lived in Windsor Locks and later moved to Enfield. A dedicated employee, he worked for Atlantic Fence for 35 years before retiring. In his free time, he enjoyed watching professional wrestling and also enjoyed sitting outside on his deck, especially in the summer, reading his morning newspaper. Mel took great pride with his lawn and landscaping.
Mel leaves his three beloved daughters, Corieann Ferrell and her fiancé John Ferrell of Enfield, Lori York of Enfield, Shannon York of Enfield, a brother, Edwin "Sonny" Day of Waterboro, ME, a sister, Anna Hansen of Cornish, ME, and four Grandchildren, Destiny and Sebastyen Surdel, and, Kaleb and Savanna York, and his former wife and caregiver Jennipher Atkins of Enfield. He was predeceased by a sister, Joyce Shane.
Services and burial are private and will be held at a later date. Donations in Mel's memory may be made to The Alzheimer's Assn., 225 N. Michigan Ave., Floor 17, Chicago, IL, 60601 and to the American Lung Assn., 55 W. Wacker Drive, Suite 1150, Chicago, IL 60601.To leave online condolences,please visit www.Leetestevens.com