Obituary for Nathan B. Hale Jr. 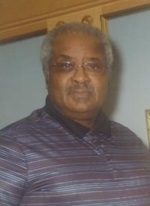 Nathan Hale, Jr., 73, of Enfield, beloved husband of Mary (Prince) Hale, passed away on Tuesday, December 29, 2020 at Hartford Hospital. Born in Fairmont, WV on May 16, 1947, he was the son of the late Nathan B. Hale and Ruby (Merchant) Torrance and grew up in West Virginia before moving to Enfield when he was 16. He played football for Enfield High School and graduated with the class of 1966. Nathan went on to join the US Air Force and serve 2 tours in Vietnam and 1 tour in Okinawa, Japan. He continued to play football while in the Air Force. He went on to work for Pratt & Whitney as a Test Engineer and retired after 49 years. Nathan was an avid Cowboys fan, enjoyed bowling with his friends, and talking on his CB. In his earlier years, he loved riding his Honda Gold Wing motorcycle. A dedicated Veteran, loving husband, father, grandfather, and friend, he will be missed by so many family and friends. Besides his wife Mary, he leaves 3 sons, Jason Hale of North Carolina, Jonathan Hale and his wife Kristen Basiaga of Cromwell, and Nicholas Hale of Vernon; 3 grandchildren, Isaiah and Xavier Hale and Sophia; and 1 sister, Diane Parker of West Virginia. He was predeceased by his brother, Roland Howard. His family will receive friends on Tuesday, January 5, 2021 from 4-6 PM at Leete-Stevens Enfield Chapels, 61 South Rd. Enfield. A Memorial Service will be held privately for the family. Burial with Military Honors will take place at a later date. In lieu of flowers, memorial donations may be made to American Diabetes Association, P.O. Box 7023, Merrifield, VA 22116-7023 or National Kidney Foundation, 3000 Whitney Avenue, #121, Hamden, CT 06518. For online condolences, please visit www.leetestevens.com.