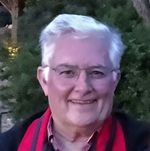 Richard Ambrose Lagasse, 73, a longtime resident of Enfield, CT and longtime parishioner at St. Martha’s Church in Enfield, lost a hard-fought battle with cancer surrounded by his family on July 21, 2020. Rich is survived by his wife Barbara, the love of his life for 52 years, son Michael Lagasse of Enfield, son Chris Lagasse and his wife Diane, with granddaughters Katherine, Elizabeth and Rachel also of Enfield, and many relatives and close friends. Rich was a loving father, husband, grandfather, and friend to everyone.

Rich grew up in Coventry, RI but spent the majority of his life in Enfield where he and Barbara raised their two sons. He was a graduate of the University of Rhode Island, followed by a successful 30-year career with The Hartford as an Executive Officer. He was a man of strong Catholic faith and values which he passed on to his family in many ways. As a husband, he and Barb were inseparable best friends with many common interests, starting with their values and family. As a Dad, he spent countless hours with his sons teaching, guiding, encouraging, pushing them to do “extra,” and just being there. As a grandparent, he was fortunate to be an integral part of his three granddaughters’ lives while they grew up, and loved them dearly. He gave his family all they ever needed during his life, and that is his legacy. He will be greatly missed.

Rich had many passions and interests. He loved camping with his extended family for over 40 years, including many memorable family trips around the country and weekends at their favorite local campground, Partridge Hollow. Rich was incredibly skilled at building things, including intricate woodworking, home projects, anything mechanical, and his favorite personal passion, classic Corvettes. After retiring, Rich began restoring vintage corvettes and became a judge for the National Corvette Restoration Society. He later got to live his dream by designing and hand building custom vintage Corvettes which were featured in several national magazines and won many “best in show” awards across the U.S. and Canada, most notably the Judges’ Choice award at the prestigious Detroit Autorama Riddler competition. Even more so, he enjoyed hanging out at local car shows with family and friends, especially Mark’s Cruise Nights where he helped coordinate the annual “Corvette Night.”

We would like to express very special thanks to all the doctors and nurses at the Harry Gray Cancer Center for their exceptional care and loving support. A visitation will be held as well as a Mass of Christian Burial that will be open to family and friends. Please contact the family for further information if you would like to attend. Memorial donations may be made to Saint Martha’s Church in Enfield, CT, the American Cancer Society, or St. Jude’s Children’s hospital.