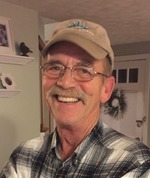 Robert F. Connelly, Jr., 71, of Enfield, beloved husband of 51 years to Shirley (McDonald) Connelly, entered into Eternal Rest surrounded by his loving family on Tuesday, July 14, 2020 after a courageous battle with cancer. Son of the late Robert F. Connelly, Sr. and Lillian (Pajonas) Connelly, Robert was born in Hartford on April 28, 1949. He grew up in Bloomfield and later settled in Enfield where he raised his family. Robert proudly served his country in the United States Army during the Vietnam war. He was a loyal and faithful employee of the United States Post Office, where he worked as a letter carrier for 40 years. Outside of work, he cherished time spent with his family. Robert enjoyed fishing, horse racing and his lovable dog, Phoebe. He was also an avid New York Giants football fan.
In addition to his loving wife, Shirley, Robert is survived by his 3 daughters, Kim Connelly of Agawam, MA, Melissa Dumas and her husband Marcel of Enfield, and Carrie Payer and her husband Keith of Enfield; his sister, Laura Allen, his brothers, Timothy and Keith Connelly; his grandchildren, Allison and Rachel Cohen, Samantha, Mason, and Natalie Dumas, and Aiden and Jackson Payer; as well as many nieces and nephews. He was predeceased by his brother, Mark Connelly.
A funeral service honoring Robert’s life will be celebrated at 10 am on Monday, July 20, 2020 at Leete-Stevens Enfield Chapels, 61 South Rd, Enfield. Attendees are welcome to arrive 30 minutes prior to the service to greet the family. Due to current health restrictions, masks are required. Burial with military honors will follow in Mt St Benedict Cemetery. Donations in Robert’s memory may be made to the American Cancer Society, 825 Brook St, Rocky Hill, CT 06067 or Connecticut Children’s Medical Center, 282 Washington Street in Hartford, Connecticut. To leave online condolences, please visit www.leetestevens.com.