To share your memory on the wall of Robert Murphy, sign in using one of the following options:

Provide comfort for the family by sending flowers or planting a tree in memory of Robert Murphy.

Provide comfort for the family of Robert Murphy with a meaningful gesture of sympathy. 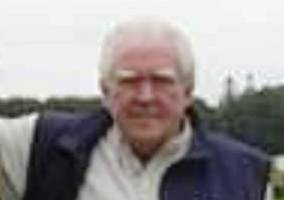 To the Murphy family my condolences,
I knew Bob from the Genealogy group at the ICC. May he rest in peace.
Pat Halvorson
Comment | Share Posted Dec 11, 2019 at 01:39pm via Condolence
DM

Dear Susan and family. I was very sorry to hear of Roberts passing. Please accept my sincere sympathy. He is now safe with the family.
Dianne Murphy
Comment | Share Posted Dec 10, 2019 at 06:54pm via Condolence
DM

Sue and family, I am so very sorry for your loss. I know he made you so happy and that this is going to be a tough transition, but you are strong and will get through it. My sympathies to all
Comment | Share Posted Dec 10, 2019 at 01:23pm via Condolence
A

Susan and family, we are so sorry for you loss. We pray that you will find peace and comfort in this difficult time. Sincerely, Angela and Bob Davis (Clermont, FL)
Comment | Share Posted Dec 10, 2019 at 10:20am via Condolence