To share your memory on the wall of Walter Shanley, sign in using one of the following options:

Provide comfort for the family of Walter Shanley with a meaningful gesture of sympathy.

We encourage you to share your most beloved memories of Walter here, so that the family and other loved ones can always see it. You can upload cherished photographs, or share your favorite stories, and can even comment on those shared by others.

Our deepest sympathy to all who loved Wally, he will be deeply missed.
Our hearts are saddened by your loss.
You will be in our thoughts and prayers in your time of grief.
Frank & Sandy Foster
Comment Share
Share via:
BW

Wally and I met in 1965 while stationed at the Landing Force Training Unit at Little Creek Virginia. We had a number of interest and passions that sealed our friendship. We both loved playing sports at the base and, as Marines often do, raising cane in our free time. I remember on several occasions while playing in the base football league, we tore into the Navy Seal’s team and turn into a back street brawl. Bloody and battered, we won. It was a game that I will never forget.

For the time we served as Marines we were professional war fighters, ready to go into harms way if and when ordered to. Wally was the consummate Marine . . . Tough yet compassionate. A Marine’s Marine.

According to the Bible, God has a special soft spot for war fighters. Exodus 23:20 is a verse that tells us we are never alone on our journey to heaven. It states: “I am sending an angel ahead of you to guard you along the way and to bring you to the place I have prepared.”
Wally left us in the company of angels — who were probably flanked by a squad of his brother Marines. In fact, I have a vision of Wally moving through Heaven’s Gate as a Marine who is moving with the flawless precision and elegance that can only be instilled by the United States Marine Corp. This vision should give all of us a sense of peace.

I lost contact with Wally over the years since we were discharged from the Marines, but he never left my thoughts. We finally linked back up a few years ago and we vowed to get together sometime in the future. Sadly we didn’t get that chance. 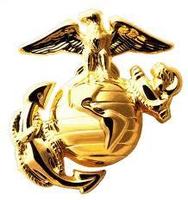 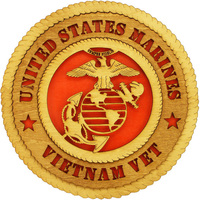 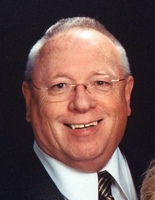