To share your memory on the wall of William \"Bill\" Kennedy, sign in using one of the following options:

Provide comfort for the family by sending flowers or planting a tree in memory of William "Bill" Kennedy.

Provide comfort for the family of William "Bill" Kennedy with a meaningful gesture of sympathy.

Receive notifications about information and event scheduling for William "Bill" 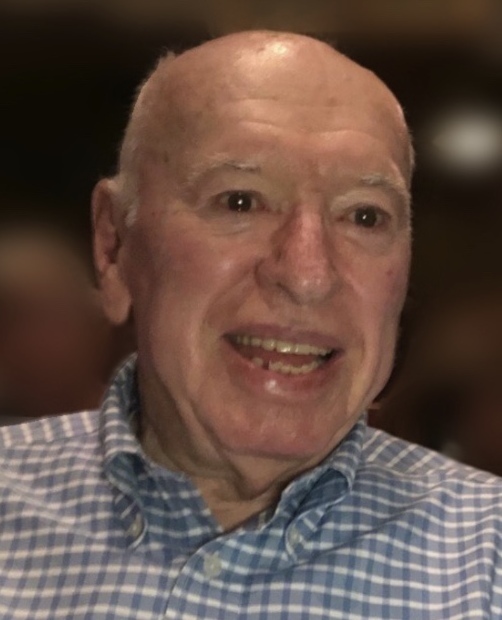 Donations are being accepted for: Enfield Food Shelf.

We encourage you to share any memorable photos or stories about William "Bill". All tributes placed on and purchased through this memorial website will remain on in perpetuity for generations.

Rachel and Ryan sent flowers to the family of William "Bill" E. Kennedy.
Show you care by sending flowers
Hand delivered by a local florist

Rachel and Ryan sent flowers to the family of William "Bill" E. Kennedy.
Show you care by sending flowers
Hand delivered by a local florist
KH

Karen and family, it is with deep sadness that I send my condolences on Bill's passing. During the many years that I grew to know Bill, both as a parent of two daughter's who attended Harriet Beecher Stowe Elementary school, and as an officer in the Stowe PTO, Bill's patience, insight, leadership and mentoring helped me to grow in confidence as both a young professional working with children and their parents, and as a young parent raising my children. His 35+ years as a dedicated educator made such a very positive impression on so many people whose lives he touched, that his memory will live on fondly for so many years to come. He will be dearly missed. Karen Howard
Comment | Share Posted Jan 30, 2020 at 08:04pm via Condolence
R

Karen and the Kennedy family I want to express my deepest condolences of the passing of Bill. He was a highly effective administrator and supported the integration of the arts in education.
"May his soul bask in the light of God for all eternity and his spirit live on in our daily deeds."
Richard M. Fahey
West Hollywood CA
Comment | Share Posted Jan 30, 2020 at 05:16pm via Condolence
HS

Keeping you, Chris, and your Family in my prayers and thoughts. Your Colleague, Terry Grant

Flowers were purchased and a memorial tree planted for the family of William "Bill" Kennedy.
Order Now | Show All
Comment | Share Posted Jan 30, 2020 at 05:02pm via Floral Arrangements
LP

Dear Karen and family,
I am deeply saddened by the loss of “Mr. Kennedy”. He was my first principal when I was “practice teaching” in 1974 and always remained an inspiration during my 38 teaching years. His insight, his leadership, and his dedication to the Enfield Public Schools is admirable. Maybe he rest in peace and may you and your family know we will keep you in our prayers.
Liz Trapanese Patria
Comment | Share Posted Jan 30, 2020 at 11:47am via Condolence
RR

Sending love and light to a wonderful family - we are so sorry for your loss. Pa was a special man who will be deeply missed. With love,

Rachel and Ryan purchased flowers for the family of William "Bill" Kennedy.
Order Now | Show All
Comment | Share Posted Jan 30, 2020 at 08:33am via Floral Arrangements