To share your memory on the wall of Dorothy Quinn, sign in using one of the following options:

Provide comfort for the family by sending flowers or planting a tree in memory of Dorothy Quinn.

Provide comfort for the family of Dorothy Quinn with a meaningful gesture of sympathy.

Receive notifications about information and event scheduling for Dorothy 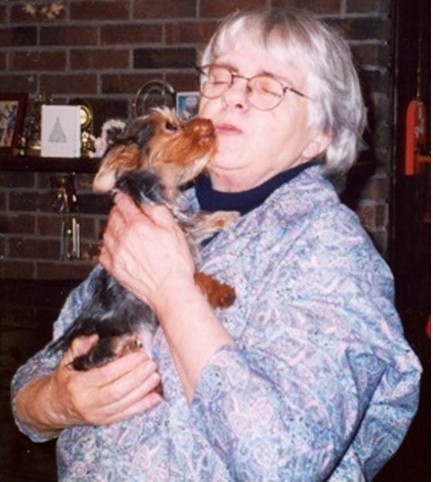 We encourage you to share any memorable photos or stories about Dorothy. All tributes placed on and purchased through this memorial website will remain on in perpetuity for generations.

Michael, Jeff, Brian, Kev and Janet,
My sincere sympathies for the loss of your mom. She was always so sweet and made me feel so welcome back in the day. My heart goes out to all of you.
Deb (Root) Willet
Comment | Share Posted Jun 03, 2020 at 01:48pm via Condolence
DP

Michael, Jeffrey, Brian, Kevin and Janet, Thoughts and prayers go out to you all. I hold so many fond memories of your mom. I’ll always treasure our yearly Christmas cards we exchanged. May you find comfort in knowing that memories last forever. Love and hugs to all. Donna and John Powers
Comment | Share Posted Jun 01, 2020 at 07:49pm via Condolence
CR

Not everyone is fortunate enough to be blessed with the perfect mother in law, I was blessed with two, both of whom became second mothers. Mom (Quinn) affectionately known as Nani Ba'nnie was not only a second mother, especially after my own mom passed, she was also a mentor without whos support and encouragement I would not have entered the nursing program. She was a confidante and a friend who always offered care, advice and love, and never judged. She was much loved and will be greatly missed.
Always in our thoughts, Bill and Cora Ross
Comment | Share Posted Jun 01, 2020 at 08:20am via Condolence
J

Dear Michael and Lynn,
Please know that our thoughts and prayers are with you over the loss of Dorothy, along with admiration for the loving care and support you gave so willingly over the many years of her life with you.
Joan and Lee Lester
Comment | Share Posted May 30, 2020 at 10:32am via Condolence