To share your memory on the wall of Karen Mayo, sign in using one of the following options:

Provide comfort for the family by sending flowers or planting a tree in memory of Karen Mayo.

Provide comfort for the family of Karen Mayo with a meaningful gesture of sympathy.

Obituary for Karen A. Mayo (Dion)

Karen Ann (Dion) Mayo, age 61, died on Thursday, October 22, 2020, at St. Francis Hospital surrounded by her loving family. Karen was born on January 21, 1959, in Springfield, MA, the daughter of the late Richard C. Dion (deceased in 1978) and Patric... Read More
Karen Ann (Dion) Mayo, age 61, died on Thursday, October 22, 2020, at St. Francis Hospital surrounded by her loving family. Karen was born on January 21, 1959, in Springfield, MA, the daughter of the late Richard C. Dion (deceased in 1978) and Patricia Holmes Dion of Enfield. In 1963, she moved with her family, parents, and two brothers to Enfield. Karen attended local schools, graduating from Enfield High School in 1977. Through her early years Karen babysat, especially assisting her mother caring for two more brothers and a sister, also working on a nearby tobacco farm. While in High School she began working at U.S. Specialty Retailing (1976-1993). During this time she married Michael Mayo and they became parents to two lovely daughters. Also, she attended Asnuntuck Community College, earning an Associate's degree in accounting. Later in 1994, Karen began a career with the State of CT in the Department of Correction where she was employed at the time of her recent illness as the Administrative Assistant to the Warden of the Willard/Cybulski Correctional Facility. Karen enjoyed traveling, a trip to Disney World with her Mother and siblings, a trip to California and Hawaii with her Mother and several friends, camping with Mike and the girls when they were young, a trip to Las Vegas and California with her sister to visit her brother, John. Later trips with the family to Pennsylvania, Vermont, several years at a cottage in Cape Cod, and then several years at a lovely lake in New Hampshire. But her all time favorite was several trips to Ireland with her sister, brother and mother, and her daughters a couple of years as well. She was looking forward to the end of the virus and a return to Ireland and New Hampshire once again. Alas, this was not to be. Karen was a very talented crafter, from crocheting to making several quilts. If anyone had a clothing repair to be made it was brought to Karen who could make it like new again. She also belonged to several bowling leagues over the years and was quite good. The highlight of the year 2020 for Karen was the marriage of her daughter, Kellie and Jonathan, on August 1, she was extremely happy for them beginning their new lives. Karen is survived by her daughters, Mary Mayo of Enfield and Kellie and her husband, Jonathan Coyne of East Longmeadow, MA; her mother, Patricia (Pat) Holmes Dion of Enfield; brothers, Richard C., Jr. of Wallingford, Mark and his boys, Christian and Joseph, of Windsor Locks, John of Miami, FL, and James and his wife, Jacqueline of Suffield and their sons, James, JR. of Wallingford, Joshua of Tampa, FL, John at home and their daughter Jordan at home; and her sister and best friend, traveling companion and tireless caretaker during her recent illness, Patricia (Patty) Dion of Enfield. She is also survived by her aunt Christine Holmes of East Longmeadow, and cousins, Robert Jr., Michael and Rosa, and Matthew Holmes and their children. Also, she leaves many cousins in the Dion and Carr families and nieces and nephews in the Mayo family, along with the father of her daughters, Michael Mayo and his wife, Robin, along with many friends and coworkers. Passing before her were her father, Richard C. Dion, grandmother, Mildred Carr Holmes and uncle, Robert Holmes, grandparents and numerous aunts, uncles and cousins of the Dion Family. Services and burial will be held privately at the convenience of the family. Karen suffered bravely with a horrendous, virulent, metastatic cancer of unknown cause and origin, she dealt with this with courage and strength knowing all the time what was to come. We, her family, will miss her and love her forever, no occasion will ever be the same without her. So, may God hold you in the palm of His hand until we meet again, Karen, we must say goodbye, with much sadness and love. The family also wishes to thank all of the nurses and doctors at St. Francis Hospital for their excellent care and compassion of Karen during her final days, especially the eighth floor oncology unit. They were all so very kind to all of the family.

Receive notifications about information and event scheduling for Karen 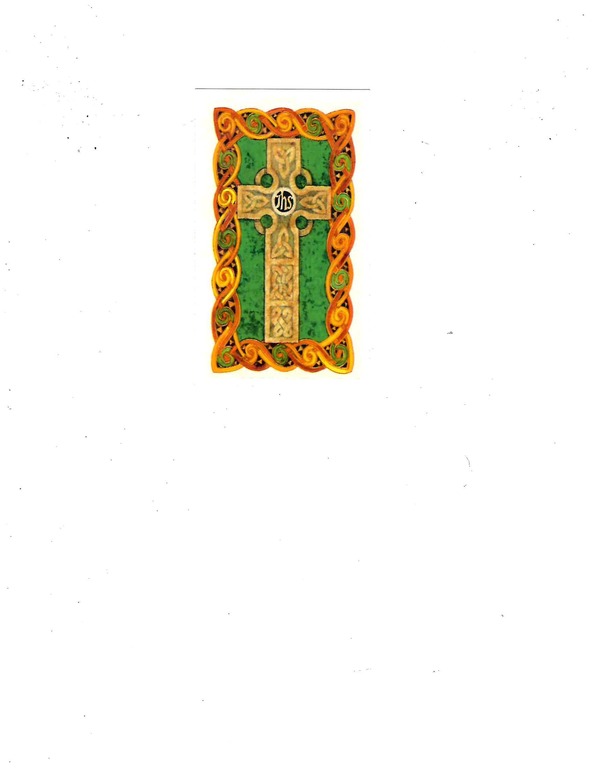 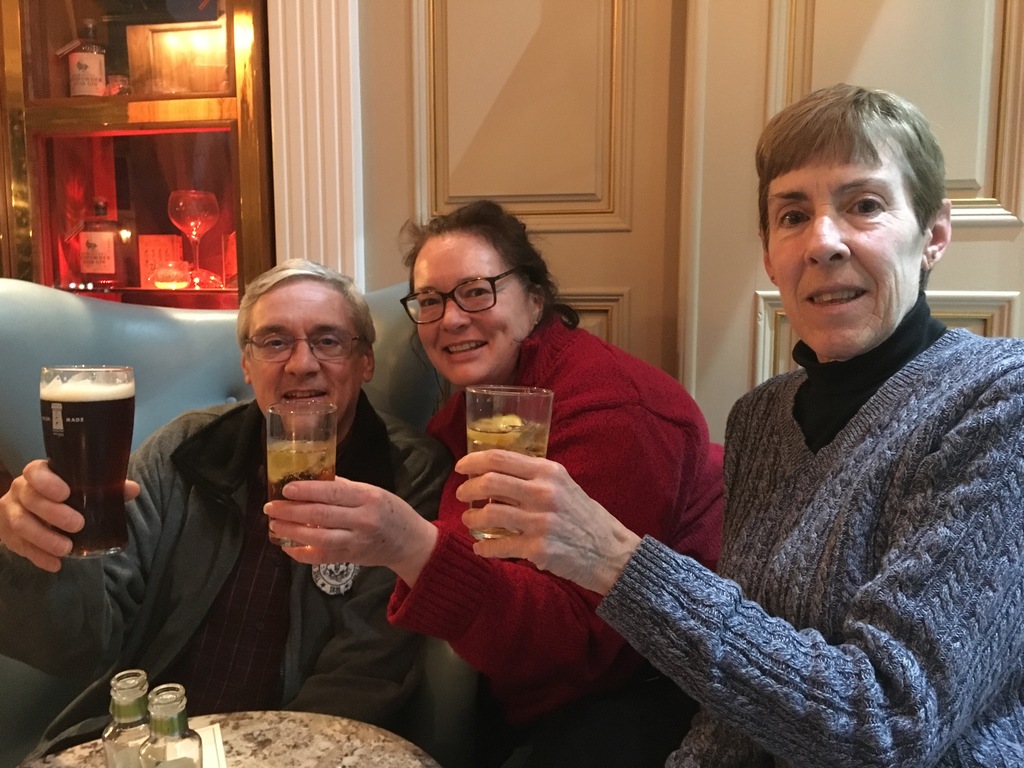 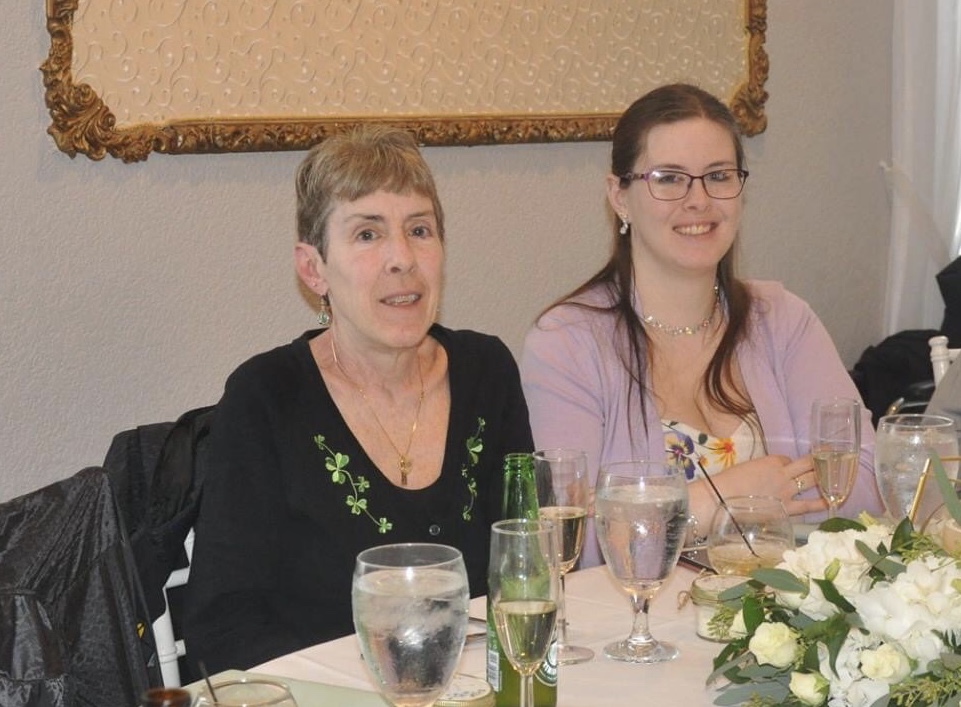 We encourage you to share any memorable photos or stories about Karen. All tributes placed on and purchased through this memorial website will remain on in perpetuity for generations.

I’ve worked with Karen for the last 10yrs and always appreciated her friendly and helpful way. It was very obvious talking to her that she really loved her family, especially her daughters who she was also very proud of. She was a great person to work with. I’m sorry for your loss.
Comment | Share Posted Oct 29, 2020 at 08:27pm via Condolence
TK

We love you so much and are thinking of you every day. This will make you cry and we know that but ultimately flowers are now virtual hugs so... Deal?

Sending my love and prayers to bring you comfort in the days ahead. Karen was a wonderful and brave woman. Ma will be dearly missed and I’m grateful for the memories made with her.
Comment | Share Posted Oct 24, 2020 at 09:43pm via Condolence
HS

Wishing you peace to bring comfort, strength to face the days ahead and loving memories to forever hold in your hearts.

Flowers were purchased for the family of Karen Mayo.
Order Now | Show All
Comment | Share Posted Oct 24, 2020 at 09:09am via Floral Arrangements
DH

Pat and family. My heart goes out to you. I wish you peace and strength at this difficult time.
Comment | Share Posted Oct 23, 2020 at 04:48pm via Condolence