To share your memory on the wall of Marjorie Nadeau, sign in using one of the following options:

Receive notifications about information and event scheduling for Marjorie

We encourage you to share your most beloved memories of Marjorie here, so that the family and other loved ones can always see it. You can upload cherished photographs, or share your favorite stories, and can even comment on those shared by others.

Larry and Jeanie Hall sent flowers to the family of Marjorie B. Nadeau (Bridge).
Show you care by sending flowers

Posted Jun 11, 2020 at 12:14pm
Our warmest condolences, We will always remember Margie with a smile. I truly terrific lady.

Posted Jun 08, 2020 at 08:42pm
Happy birthday today to our dear friend, Marjorie! 🎈 Although she has left us she will never be forgotten! 😇 The fun times we had going to lunches & teas with her are all part of our special memories! We will miss her smile, her humor, and the friendship she shared with so many!
God bless you, Marjorie, and may He keep you in his loving care! 🙏
Ardie & Trooper
Comment Share
Share via:
DP

Posted Jun 08, 2020 at 06:30pm
Diane and family, we are so sorry for your loss. I remember your mom when she taught us to candled eggs, fond memories. You will have your memories forever. Love Gary and Deb Prior
Comment Share
Share via:
JN

so very sorry for your loss. I attended EHS with her daughter's. I have met Marjorie on and off over the years. She was part of the group I used to call the ladies, Jeanne, Lillian, Lois and a few others from the hazardville area who grew up together and who loved to share stories of the old days and one another. So much fun when they showed up. My brother and I were just talking with each other about how she was as we hadn't seen her for awhile. she will be missed. condolences to the family. 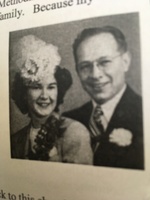 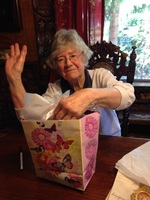 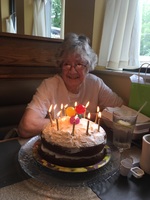 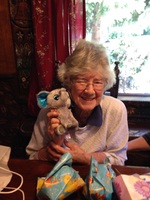