To share your memory on the wall of William Kamerer, sign in using one of the following options:

In his younger years, Bill enjoyed time on his boat the “Wilshar” where he regularly entertained friends and family. He was a frequent spectator at events for his children and grandchildren which included ice hockey, soccer, marching bands, and more. Bill raised his family in Enfield, CT where he eventually built his dream house on a golf course. After retiring from Hamilton Standard after 40 years, he enjoyed golfing with his long-standing Saturday group, and keeping
his yard in as pristine condition as the course he neighbored, Grassmere Country Club, where he regularly assisted in greenskeeping and other tasks. During retirement, Bill enjoyed spending winters in Florida golfing, reading at the beach, and listening to country music. He favorite vacation was spent with friends in Alaska.

Bill is survived by his wife Margo, his son William and wife Jenny Johnson Kamerer, daughter Sharon and husband Christopher Gill, grandchildren Christopher “CJ” Gill, Kayla and husband Greg Zaylor, and Blake Kamerer, in addition to many cousins, nephews, nieces and friends.
Bill was predeceased by his brother Roger. He will be especially missed by his granddog Chloe, whose feet never touched the ground when Bill was around.

Bill’s family wishes to thank the doctors, nurses at St. Francis Hospital in Hartford and Meadowbrook of Granby who provided care and comfort while Bill’s family could not be regularly be by his side due to Covid-19. Another special thank you to the American Medical Response attendants of #918 who were compassionate enough to allow family to spend time with Bill during his transport to Meadowbrook. In lieu of flowers or donations, Bill’s family requests that you donate to a charity of your choice.

There will be a celebration of Bill’s life outdoors at Grassmere Country Club, 130 Town Farm Rd, Enfield on Friday, November 27, 2020 from 1:00-4pm. Guests are asked to wear masks and maintain social distancing. A private burial will be held at a later date for the convenience of the family.

Receive notifications about information and event scheduling for William

We encourage you to share your most beloved memories of William here, so that the family and other loved ones can always see it. You can upload cherished photographs, or share your favorite stories, and can even comment on those shared by others.

Posted Nov 26, 2020 at 09:45am
We loved Bill so much. So many great memories, from Hamilton events, Grassmere outings, and family get togethers here and in Florida. Peace to all of you during this time.
Comment Share
Share via:
AP

No words can ever compensate for the loss of a loved one. But please know that our deepest
sympathies go out to you and your family.

Posted Nov 23, 2020 at 10:03pm
Dear Margo,
We are so sorry to learn about the death of your beloved, Bill. Please accept our deepest condolences. Bill was such a nice person. I always will think of him as a "Gentle Giant". May the good memories of happier times help to sustain you and your family at this time of grief.
May Bill rest in peace.
With sincere sympathy,
Mary and John Fix (410 B @ PoC)
Comment Share
Share via:
RF

Posted Nov 23, 2020 at 10:41am
Dear Sharon, I'm so sorry to have read about your dad's passing. It's certainly a sad time for you and your family but I hope you will all smile again when you think of your dad's life and what a wonderful one it seems to be! My thoughts, prayers and condolences are with you and your family! I hope you remember me, as we all lived and hung out around the St. James ave area!
Sincerely,
Robin Fisher- Farrell
Comment Share
Share via:
SD

Posted Nov 22, 2020 at 05:36pm
I was so sad to hear about Bill's passing and to know what a difficult time it is for Margo and the entire family right now. There are many people sending their love and I'm one of them. You're in my thoughts - Susan Drew
Comment Share
Share via: 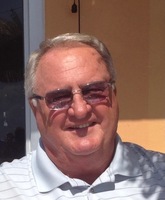 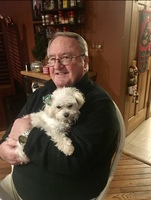 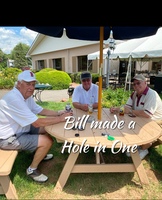