To share your memory on the wall of Richard Ciarlo, sign in using one of the following options:

We encourage you to share your most beloved memories of Richard here, so that the family and other loved ones can always see it. You can upload cherished photographs, or share your favorite stories, and can even comment on those shared by others.

Posted May 14, 2020 at 06:25pm
My deepest condolences to the Ciarlo family. Your father was a true gentleman, a good person and a very good father. I remember when my truck wouldn't steer. I was friends with Annette and dad told me to bring the truck down to his station. I brought it down and he and his son Jim worked tirelessly to rectify my problem. When it was fixed and I asked him how much it would cost me, he said "don't worry about it". And I drove my truck out. Having been at his house many times, he always treated me with the utmost respect. He and his wife Nancy were great people, great parents. Annette, I hope all is well. You're blessed to have had him.
Sincerely, Robert Diorio
Comment Share
Share via:
RA

Posted May 14, 2020 at 07:29am
Annette so sorry to read of your Dads passing.
I will keep him in my prayers .
May he Rest In Peace
Comment Share
Share via:
JR

Ritchie and the Ciarlo’s have been close to my heart since forever. Our children grew up together further tightening the bond.I know he would cherish the closeness the family will persevere. Love you all. 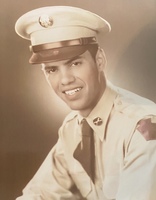 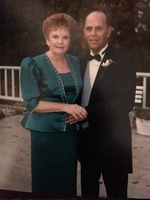 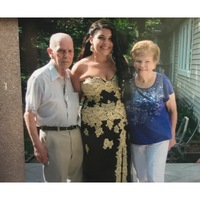