To share your memory on the wall of Rudolph DesRoches, sign in using one of the following options:

Receive notifications about information and event scheduling for Rudolph

We encourage you to share your most beloved memories of Rudolph here, so that the family and other loved ones can always see it. You can upload cherished photographs, or share your favorite stories, and can even comment on those shared by others.

Posted Aug 11, 2020 at 06:36pm
My wife and I live in the same neighborhood as Rudy. We met Rudy while walking our dogs and over the years we frequently stopped to talk with Rudy, while our dogs enjoyed his many flavored treats. It was our pleasure and honor to get to know Rudy during this time. He was a gentleman in every sense of the word. During our many conversations with him it was explicitly clear just how proud he was of his family, and how much he loved each and every one of them. He was a proud American who served his country and community with commitment and courage. We consider ourselves to be very fortunate to have gotten to know him, and appreciate him. We wish his family, loved ones, and friends the very deepest of sympathy for Rudy's passing. I know that it is frequently said that we are better people today because of our connection to someone, but it has never been more appropriately said than when it is said about Rudy. We are all truly blessed. We all know that heaven is a better place today, with Rudy reunited with Lola.
Comment Share
Share via:
RD

Posted Aug 10, 2020 at 05:18pm
To Rudy's family,
I am so sorry to hear of Rudy's passing. I've only been Rudy's neighbor for a few years now but it was obvious that he was clearly a wonderful man, neighbor and friend. I will always remember him for his kindness and wit and thoroughly enjoyed our talks about his days at the fire department and raising his family in town. It was quite obvious that he loved his family deeply and unconditionally by his stories. I know that no words can ease your hurting, but at this time, I hope that your life with such a fantastic man gives you some measure of comfort.
Wishing you peace during this difficult time.
In Sympathy...... Rhonda Dyttmer (Neighbor)
Comment Share
Share via:
W1

Posted Aug 08, 2020 at 03:15pm
Uncle Rudy will be missed by many. His pride and love of his family was his greatest joy. He has journeyed home and is now with Aunt Lola. To my cousins, I share in your sadness. God bless and love.💐
Comment Share
Share via:
SC 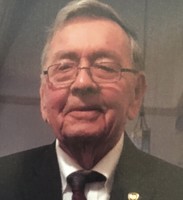 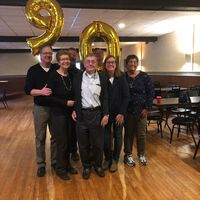 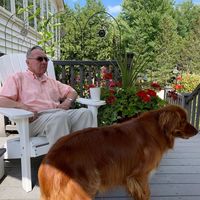 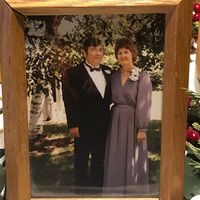